A taste of France comes to the Blue Mountains stage

Blue Mountains Theatre is excited to present Baby et Lulu who will be performing their third and latest recording Album Troi to a Blue Mountains audience on Saturday June 11 at 8pm.

The ARIA nominated duo, having put the release of this album and tour on hold for over a year, are now delighted to return to the stage to perform songs from their new album in a celebration of love, life and passion.

Abby and Lara again pen original songs for this album in their adopted language of French and say they have designed a delicious dégustation of other musical morsels. “With songs by Charles Trenet, Maurice Chevalier, Michel Legrand, Henry Mancini, Boris Vian and the modern sensation, Stromae, you’ll be able to dance in your kitchen to Album Trois whilst stirring your boeuf bourgignon and sipping your Bourdeaux,” they say.

Abby Dobson honed her craft as singer and songwriter busking the streets of Paris, Athens and New York making people weep with her Piaf-like voice and captivating presence. As frontwoman for ‘Leonardo’s Bride’, she shot to stardom with their APRA Song Of The Year hit, Even When I’m Sleeping.

Lara Goodridge has an MA in French Studies and has been playing violin since age three. She is also one quarter of indie rock band and string quartet ‘FourPlay’ who have performed around the world at venues including Carnegie Hall (NYC), The Barbican (UK) and the Sydney Opera House.

Don’t miss these two sassy and playful characters, with their extraordinary six-piece band, their femme fatale glamour and très-witty banter. They will have you dancing in your seats in a veritable celebration of la vie française and joie de vivre!

Sounds of Our Towns Mountain GetDown 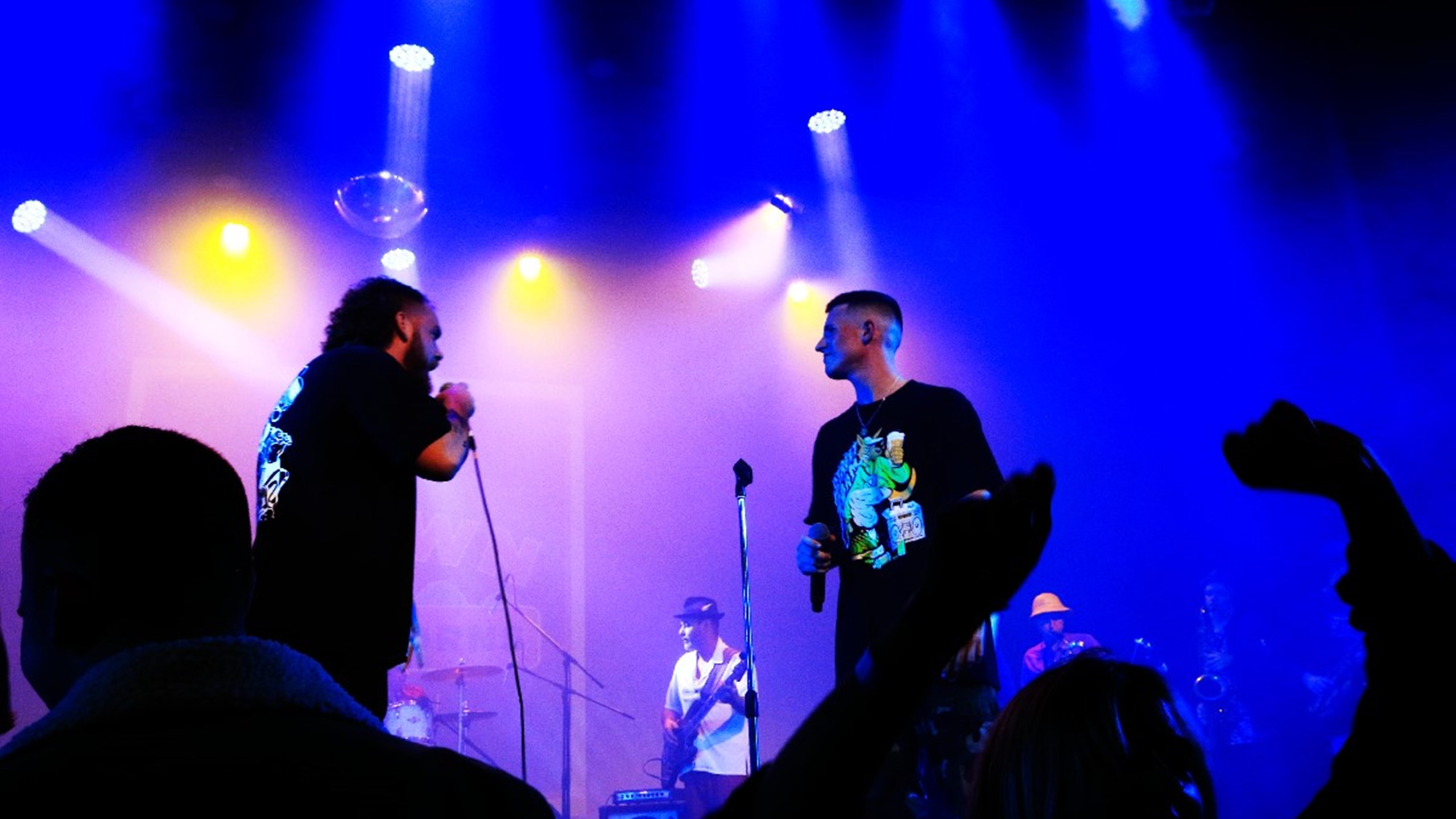