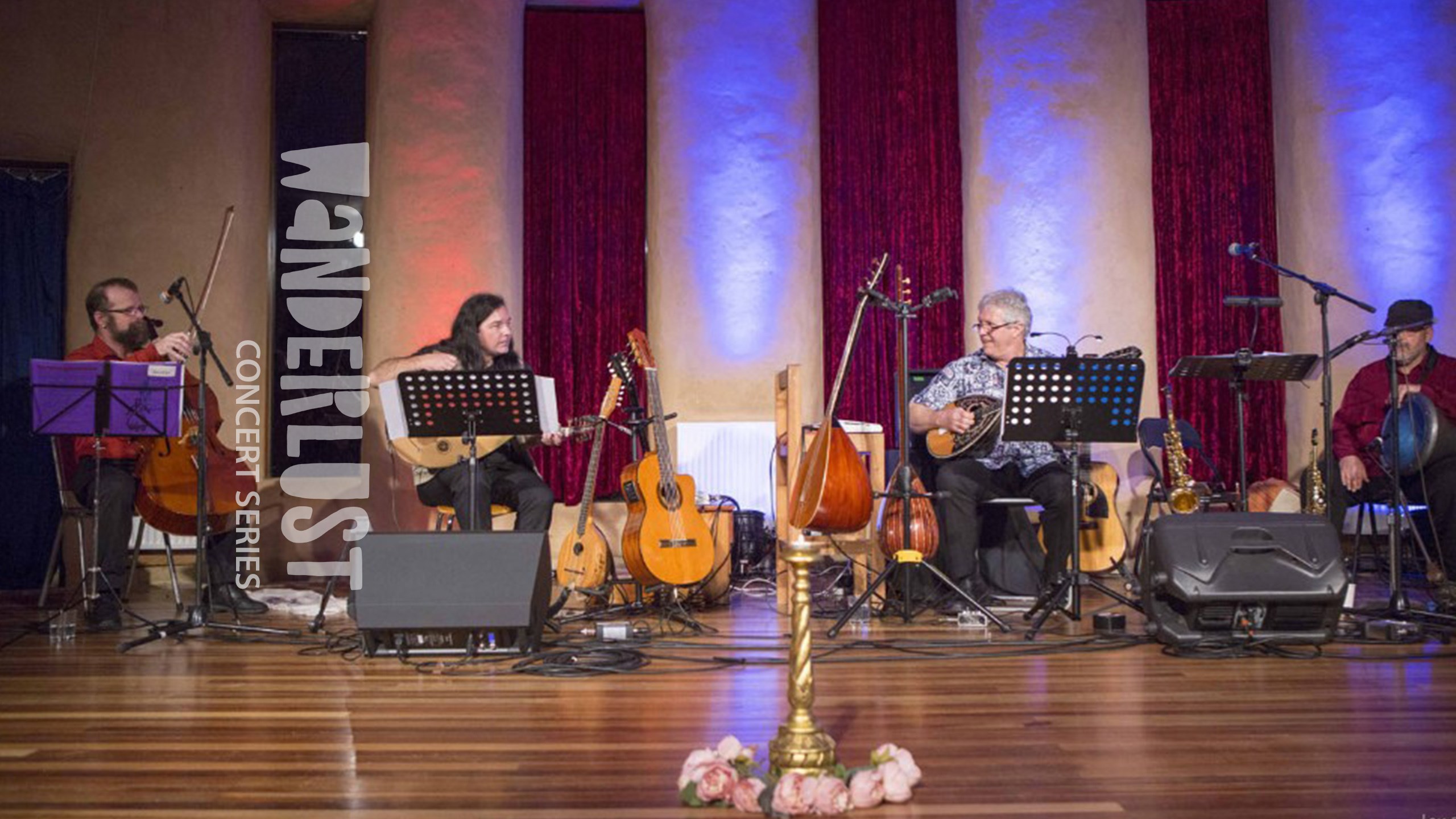 Escape to the legendary island of Malta, in an evocative presentation of music, songs and stunning projections.

Skorba is renowned for its beautiful audiovisual representations of the intriguing Maltese Archipelago.

This new concert explores the Ottoman siege of Malta in 1565.  Magnificent compositions inspired by the Renaissance, the Mediterranean Basin and the Ottoman Empire itself swirl together with the beauty of the Maltese language, complemented by exquisite visual images.

Turkish lutes, cello, exotic winds and percussion and stunning vocals combined with more contemporary instruments to bring to life “The Great Siege” and its outcomes which changed the history of the world.

Skorba was first conceived by Blue Mountains based singer and musician, Andy Busuttil in 2005, out of a desire to artistically represent the cultural heritage of his homeland Malta, starting with the ancient neolithic temples of Malta, some of the world's oldest known man-made structures.  Working with colleague John Robinson they started composing and the foundations for Skorba were set and in 2006 Skorba were nominated for the MusicOz best world music artist award for the song 'Merhba'.

The musicians in this Skorba ensemble are: strings player Llew Kiek - a multi-ARIA award winning player who has excelled in the music of the Balkans, Asia Minor, the Middle East and the Renaissance and Baroque periods, musicologist and ethnomusicologist;  Dr. John Napier - a specialist cello player and tenor who is well schooled in music from many different regions with a special interest in accompaniment of North Indian vocal music and a strong tradition of improvisation in many different genres;  John Robinson - a graduate in music from the UWS school of music, a player of a multitude of stringed instruments including the Turkish and Arabic Oud, Turkish lute, Western guitar, Balkan tambura and mandolin; and Andy Busuttil - one of the front-runners in transcultural fusion music in Australia - a vocalist, multi-instrumentalist and one of the creative leaders of folk music in this genre sourced from the Mediterranean region, The Balkans, Asia Minor and The Middle East.

Click here to purchase a Wanderlust 3 or more package offer.